HACIA will be celebrating its 40th anniversary on Tuesday, October 15th, 2019 at Moe’s Cantina. More than 200 HACIA members are invited to gather and make a toast to 40 years of pioneers and advocates in the construction industry. HACIA was founded in 1979 by a group of construction professionals (Rodrigo D’Escoto Sr., Manny Rodriguez, Nelson Carlo, Robert Walker, and Ruben Melecio) who weren’t satisfied with the hispanic community in the construction industry and wanted to make a change. One of the founding members of HACIA, Nelson Carlo, said HACIA started off many years before it officially became an organization.

“We had the idea for 3 years before it officially became HACIA and decided to go for it and name our group.” The organization was initially the idea of Manny Rodriguez, who noticed other minority groups were creating affirmative action organizations and we wanted to represent hispanics in the construction industry. He got a group of his closest comrades together and started the first of HACIA’s gatherings. “We would have meetings at a bar then it later became more formal and started meeting at the Hillside Holiday Inn,” Carlo said. ” We weren’t sure where the organization was going, so we were very cautious. And years later in 1979, we officially became HACIA.

HACIA’s first Executive Director was Peter Martinez from 1986 to 1991, who served as Associate Director for the Latino Institute Chicago. 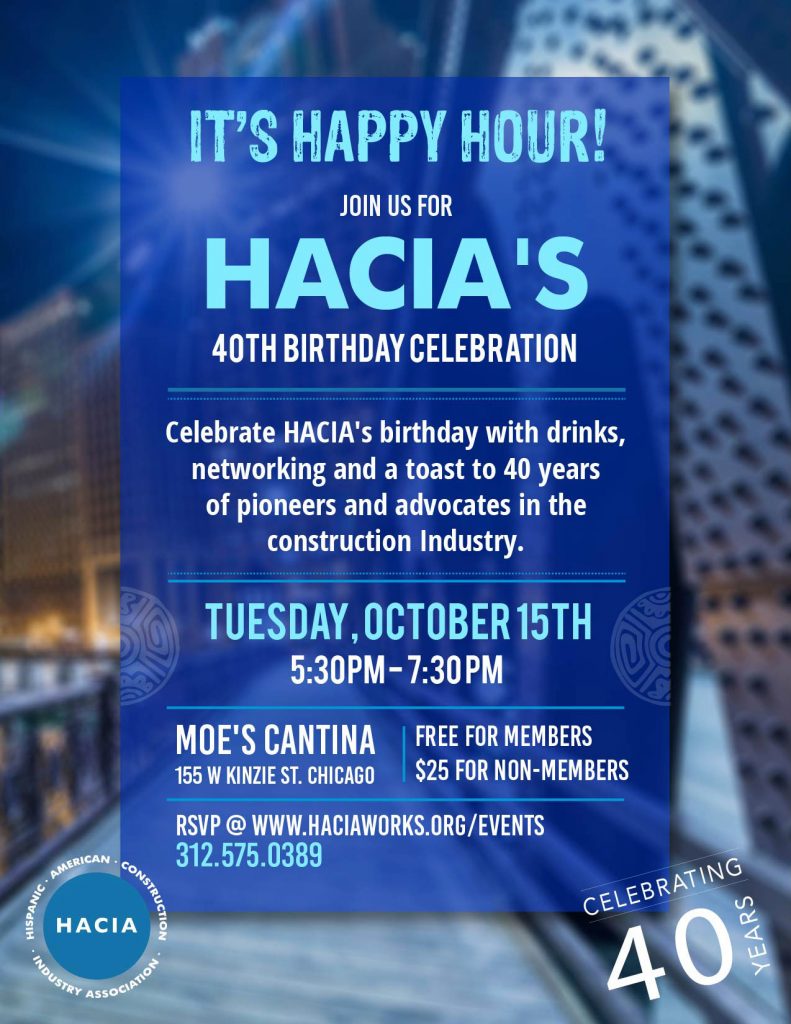